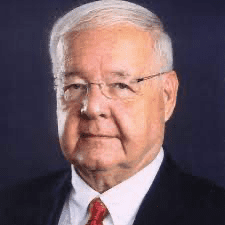 Dr. Willard White is a teacher-trainer in gifted education, a consultant to school districts in program development and developing curricula for gifted and advanced students, a presenter at state and national conferences, and an Instructor at Florida Atlantic University.

His career in education in Michigan included science teacher, teacher of gifted students, and school administrator. After earning an M.A. Degree in Education Leadership at Eastern Michigan University, he took a mid-career break and attended the University of Connecticut as a full-time student where he earned a Ph.D. in Educational Psychology with a concentration in Gifted Education.

His major professor and mentor is Dr. Joseph Renzulli. Part of his doctoral program included an internship at the Connecticut Department of Education working with the State Director of Gifted education. Returning to his former position with the Birmingham, MI Schools, he also served as an Instructor at Michigan State University and as Executive Secretary for the Michigan Alliance for Gifted Education.  In 1993, Willard White accepted the position of Coordinator of Gifted Programs in the School District of Palm Beach County, Florida, the eleventh largest school district in the U.S. He held that position for sixteen years and retired in 2009.

He is the author of America’s First Gifted Program: Hollingworth and the Speyer School Experiment. He and his wife Peggy, a former English teacher, live in Jupiter, Florida and they have one adult daughter, Stacey, who also is a teacher.