Kazimierz Dabrowski was a psychiatrist, psychologist and physician who developed the theory of Positive Disintegration and levels of development. 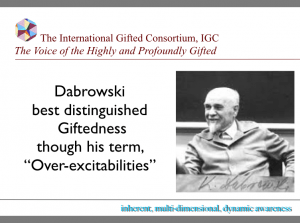 His term, overexcitabilities have become known as hallmark traits of giftedness especially the increased intensity and sensitivity exhibited with profound giftedness. 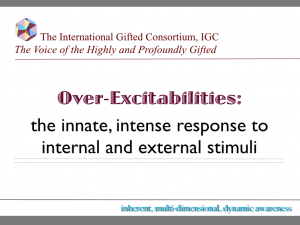 Overexcitabilities are a greater than typical response.  A greater ability to take-in, perceive and interpret one’s “being.” This innate reception is internal and external of oneself including the natural and material environment surrounding the individual.

It is also important to realize that overexcitabilities might be harder to notice or uncover in individuals exhibiting characteristics or behaviors as introverts.

It is essential that overexcitabilities are considered and identified appropriately in all individuals. 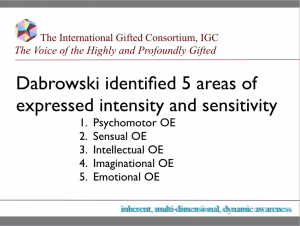 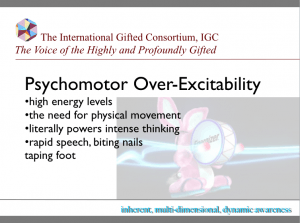 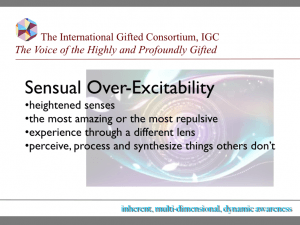 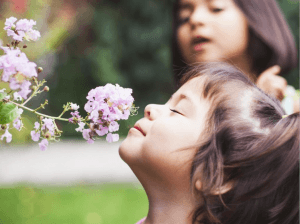 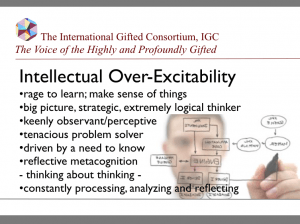 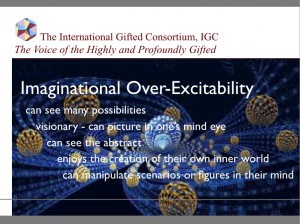 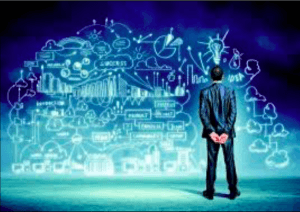 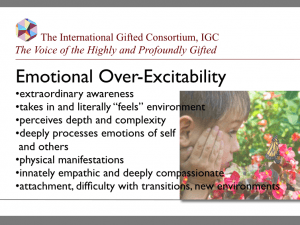 “Intensity, Sensitivity and OverExcitability are Primary Characteristics of the Highly Gifted” Lind, Sharon. Overexcitabilities and the Gifted. The SENG Newsletter, 2001, SENG (Supporting the Emotional Needs of the Gifted).